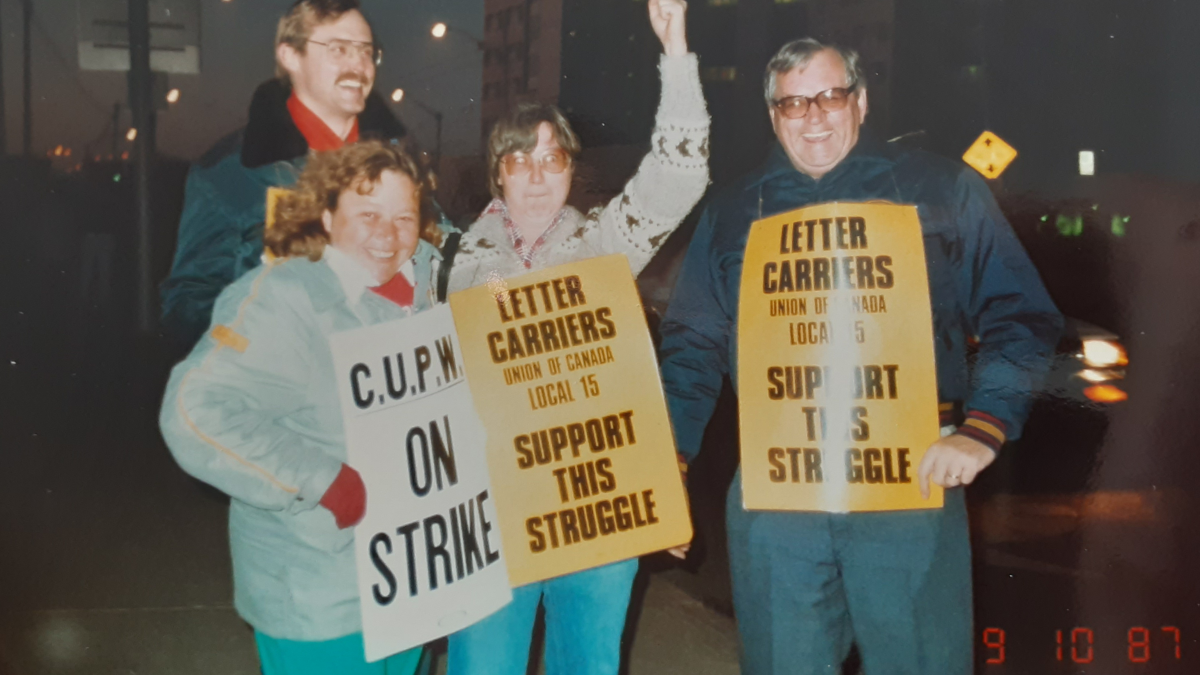 Bill MacDonald passed away in Edmonton on February 19, 2021. Bill's career as a letter carrier spanned four decades. He started as a railway mail clerk in the 1950's, sorting mail on the train between Calgary and Revelstoke. As a letter carrier in Edmonton in 1965, he attended a meeting of the Letter Carriers Union of Canada (LCUC) Local 15 and was part of an effort to have the local join the escalating national strike, led by locals of both LCUC and CUPW (then associations) in Montreal, Toronto and Vancouver. At this meeting he was ruled out of order, and then went out to Audrey's Books and bought a copy of Bourinot's Rules of Order. Ten years later, Bill became the President of LCUC 15.

Bill stayed on the LCUC 15 Executive through the 1980s, and when the merger of the unions approached in 1989, served on the Merger and Joint Local Bylaws Committees (uniquely). Afterwards, Bill sat on the CUPW Prairie Region Disciplinary Committee, until his retirement in the early 1990s. Still full of passion, he remained active as a Lifetime Member, organizing the Local Retirees Committee with his friend Larry Jones (from then-Station "M") and his partner, Sandy MacDonald (an activist in her own right and long-time CUPW Shop Steward, who led the 1974 wildcat in Edmonton over the pay rate for the new coders classification).

Brother Bill MacDonald was a life-long trade unionist and activist, and he will be sorely missed.

In Gratitude and Solidarity,

Brother Bill sharing some funny stories and history on how mail handling used to be.