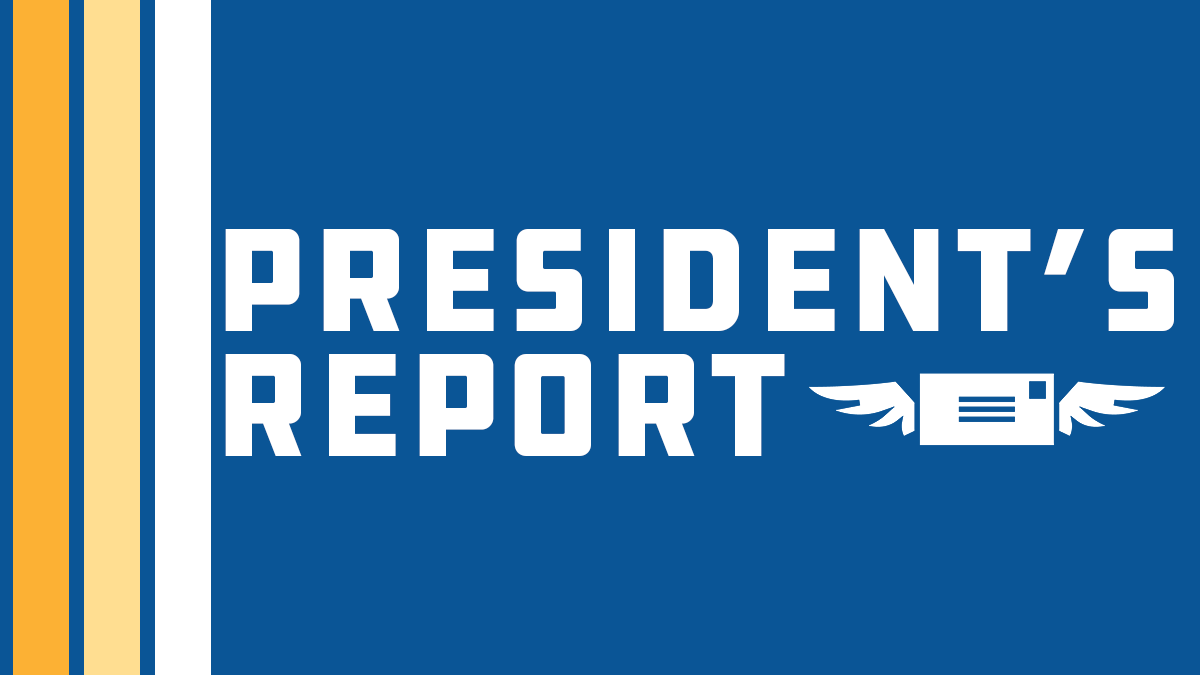 None of us are working at Canada Post because we like the paper cuts. We are doing this for the money. Let me be honest with you: one of the many reasons I became a Shop Steward years ago was because I wanted a raise. Clearly that Shop Steward role and even the President's chair doesn't come with more money, but I knew that I needed to do my part in the fight to improve all of our lives.

If you are hearing or reading this, then you are involved in our union, at least to some degree. Hopefully at some point in your involvement with our union, you have realized that your ability to make a difference in this world or even in your workplace is exponentially more effective through collective action. Often you will hear us talk about this. It can mean any number of things, from everyone in the building wearing a button to a full, nation-wide general strike.

But to get to any of that, we need to address some serious issues coming from the plague of individualism that has impacted not only society but also our union.

Instead of members attacking each other over some perceived slight, we need to realize that management is the cause of the vast majority of strife in the workplace. Instead of manipulating the system or getting in good with a supervisor to get an extra hour of overtime, talk to your coworkers about how to put pressure on the company to improve staffing. What about the newbies that are being exploited by a supervisor?

Ultimately, it will come down to walking on a picket line to win our demands and improve the lives of all postal workers. This is Unionism 101. We all know this, but we need to walk it out – but the greatest challenge we face in getting to this point is ourselves. We have four previous Local presidents sitting in this meeting today, and I'm sure they would agree with me that one of the greatest challenges of this role is not management but the conflict within the membership and leadership of our union.

All too often, it seems that a number of individuals are more apt to create division instead of fighting together against management. If these members spent the same amount of energy coming up with solutions instead of spreading rumours, we would have management licked. We might actually be able to fix the staffing problems in the Plant – or the favouritism, or any number of problems, like that 7% raise I want.

You might be saying, “Oh great, we have another full-time officer looking for a raise!” Let me explain. Every now and then you will hear a Local or Regional or National officer put a motion forward explaining why, but this is not what I'm suggesting. Don't get me wrong: full-time officers work hard and are paid less comparatively to officers in other unions. CUPW prides itself on its officers making a working class wage, and this is something I agree with.

This is why, despite my desire for a raise, full-time officers should only get a raise when everyone gets one.

The best way for us to get a raise and better benefits is by being the union that CUPW has a reputation for being: a militant union willing to fight the boss and the government. We have an opportunity with National's organizing plan (Building Worker Power) to prepare our union for 2024. Just like our banner boldly claims: Agitate, Educate, Organize!

Edmonton is in a unique position where we already have much of the structure in place to make this work. We can be an example for other locals of how to prepare and empower workers. We have a few important steps that we can take. The first being the elections happening today the VP and Chief Shop Steward, but also the committees. These committees can play an important role in the Local if filled with the right people. The communications officer is another important step, but I'll discuss that at a more appropriate time.

There is no shortage of opportunities to either disrupt or build the power of workers. I ask that you choose to contribute. In whatever way you can, help build our capacity to make a difference in this broken system and get me – I mean us – a raise.