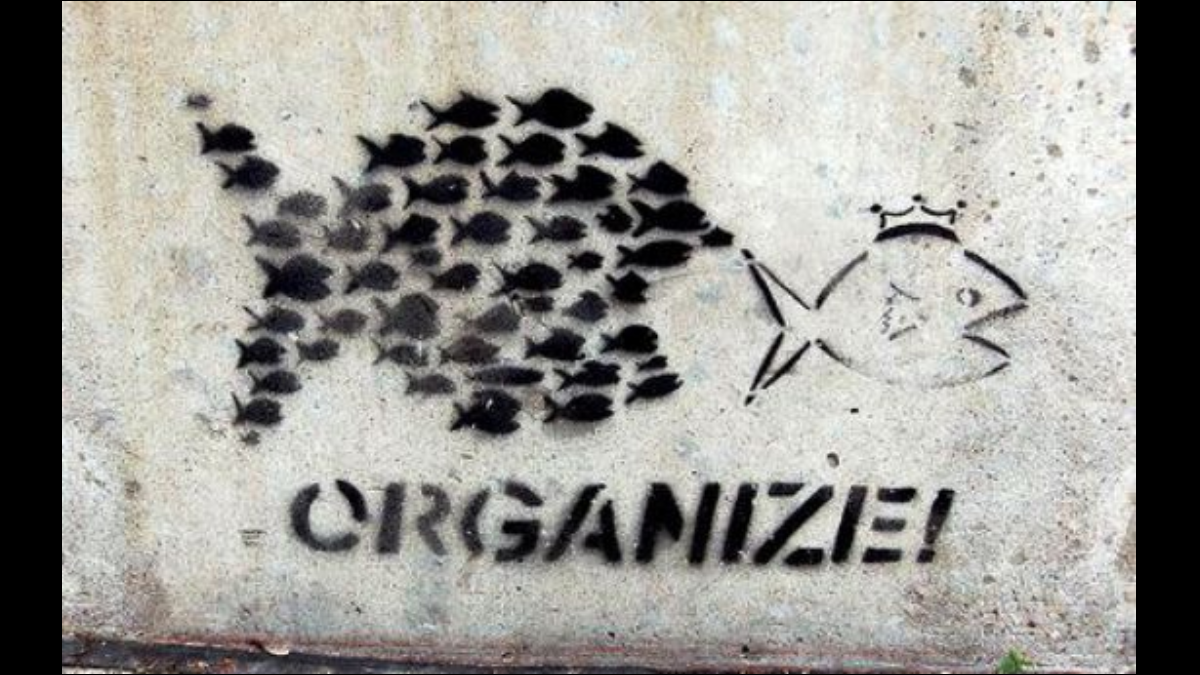 Trevor was disliked the moment he was assigned as the new supervisor to the shift 1 parcel section. Where previous supervisors would be more respectful and ask workers about perceived hiccups in operations, Trevor would jump right in making accusations and threats in order to get his way.

Months of his needlessly aggressive and dismissive attitude sparked the first confrontation when Trevor removed a worker from their rotation of duties. This worker asked Trevor why they were breaking rotation (a right employees have to avoid repetition and strain of performing the same duties). Trevor said he will tell the worker later after they got back to work. Time passed with Trevor coming and going from our work area on several occasions until the worker asked again why they were being rotated out against the schedule. Trevor barked that the worker would be suspended unless they did as they were told. The worker, along with a steward, then went to go and talk to the shift manager, Emery, who heard them out and made Trevor apologize.

Unfortunately, Trevor’s poor behaviour didn’t stop there. On Nov 18, a worker who had come in for voluntary overtime was getting tired while sweeping parcels off the belts (one of the more physically taxing jobs in the EMPP). Typically, those getting fatigued or voluntarily working overtime would ask another worker to trade with them before the trade was made ‘official’ by a supervisor. In this case, Trevor flat out refused, despite the willingness of the workers to help each other out, and then wouldn’t explain why he refused. This circumstance really aggravated our entire section because we are doing our best to ease the burden of an increasingly heavy job as Canada Post keeps cutting our co-workers despite forever increasing parcel volumes.

On Nov 19, we were finally pushed over the edge. The parcel shift is all the way at the back of the plant, opposite the locker and lunch rooms. Our shift is not considered over until we swipe out at a station, the nearest of which is about a 3 minutes walk. Sometimes if there is still work to be done on the belts, some of us will stay as a courtesy right up until the end of shift. On this day, parcel dispatch was delayed, so parcels were backing up on the belts and lots of work was being carried over into Shift 2. One of the consequences of being treated poorly by a supervisor is that we are not as willing to extend the courtesy of staying in the section right up until the end of shift. With 3 minutes left to go, we walked together to the station where we line-up to swipe off shift. When he saw us leaving, Trevor stormed right in front of us and demanded we stay and finish our shifts. The workers just calmly walked around him. Trevor even extended his arms, moving side to side trying to block us. The workers just walked more widely around him.

Infuriated by the experience, upon arrival on Nov 20, 20 out of 25 of the shift 1 parcel workers marched to the opposite side of the plant to the Emery’s office (shift manager) joined by the shift 1 chief shop steward and a steward from another section. There, we demanded that Emery come out and address the ongoing problems with Trevor’s behaviour. Emery insisted that this was not an appropriate way to have this conversation and that we should all go back to work.

We insisted it was our right to complain and that we would wait there until we were heard. After a few minutes, Emery returned and agreed to listen as we took turns over the next 20 or so minutes calmly sharing our stories of Trevor’s unnecessary behaviour of needless confrontations and general pettiness.

To Emery’s credit, he acknowledged our concerns and said he would again speak to Trevor. If anything important develops, we will be sure to share. Until then, it should be acknowledged that this expression of solidarity was not something we have much experience with. It felt powerful to stand up for ourselves after being treated poorly for so long. Although our collective complaint was a bit rough around the edges, a few of us who took the organizer training course were able to keep the confrontations mostly focused and constructive. We hope this is the first step for our section in finding its voice to push back against managerial harassment and overburdening.